“If this is living in a desert, then living in an oasis must certainly be worth dying for” is all I remember myself saying as my plane descended upon the dazzling Dubai International Airport.

As I stepped out of the airport and into a charming pink taxi, with an equally charming lady driver behind the wheel, I was already questioning everything I had learnt in school. Geography, for one, obviously hadn’t served me too well. Deserts were supposed to be all sand, cactus and camels. All I could see were swanky cars, gigantic highways, towering buildings and no camels. On the contrary, I remember driving past some water fountains. This was certainly no desert.

The biggest surprise of all was discovering the real gold in the city of gold – it was food mecca! Prior to my Middle Eastern sojourn, I had mentally prepared myself to be eating shawarmas, a staple in that part of the world, for a straight week. The shawarmas were, as expected, second to none that I had ever eaten, be it at a food court, hole-in-the-wall joints in the Karama or Satwa districts or the likes of Wafi Gourmet, which has become an institution of sorts for Middle Eastern cuisine. In fact, the highlight of my much-awaited trip to the famous gold souk was not the gold but, in fact, the oh-so-delicious shawarma that I devoured at a blink-and-you’ll-miss-it joint in the middle of frenzied gold shopping.

Whether it is local fare or international, the food scene in Dubai is thriving. The fact that this city is a melting pot of cultures, thanks to the centuries-old trade that takes place in the waters of the Dubai Creek as well as the oil boom in the 1970’s, is mirrored in its restaurants and cafes. Nowhere will you find culinary experiences more diverse. A whopping 80 per cent of Dubai’s population comprises expats, with over 200 nationalities living side by side. This coupled with a big eating out culture has resulted in great food.

Trying to decide what cuisine to head for is a herculean task in itself – French, Japanese, Korean, Indian, Spanish, American, Chinese, Yemeni, Argentinian, Palestinian, Ethiopian and any other kind of cuisine that you can possibly imagine is vying for your palate. Almost every food chain in the world has already set up shop in Dubai or is in the midst of doing so. There is something for every taste and budget.

The slew of celebrity chefs and international high-profile restaurant chains that have thronged to Dubai have confirmed its rightful place as one of the most gastronomically renowned food destinations in the world.

Every year I would eagerly await my annual pilgrimage to New York, partly for the shopping and partly because I could pay homage to highly acclaimed Chef Nobu Matsuhisa’s brainchild Nobu that dished out, in my opinion, the best sushi and miso black cod. One can only gauge my excitement when I discovered that The Atlantis Resort on Palm Jumeriah housed a Nobu. So of course, I went, I ate and I smiled; Nobu, Dubai delivered on every account.

A trip to London always leaves me hankering for a table at the super-trendy contemporary Cantonese fine dining restaurant Hakkasan. On more than one occasion, I have been left disappointed. My happiness knew no bounds when I arrived at Dubai and found out that the first-ever Chinese restaurant to win a Michelin Star had found a new home. Yes, Hakkasan is now in Dubai.

Haven’t had the good fortune to travel to Nice? Well, in Dubai, not Nice but at least its most celebrated restaurant, La Petite Maison, comes to you. Famed for its traditional French fare, you can now tickle your taste buds with the best that the French Riviera has to offer.

In fact, it should come as no surprise that Dubai’s La Petite Maison and Zuma, a contemporary Japanese fine-dining restaurant, landed in 2012’s San Pellegrino’s World’s Best Restaurants list. This list, compiled by Restaurant Magazine is regarded as one of the most definitive restaurant guides. These two inclusions have certainly secured Dubai’s fate as a food capital.

To have its own Zagat guide is a matter of great pride for a city, an honour that was till recently bestowed upon food capitals like New York, Miami and London. Zagat was launched in Dubai in December 2012, which has sealed the deal for the city, as far as food is concerned.

It is heartening to know that Dubai is not all celebrity chefs and fancy restaurants. Local joints serve quality, wholesome food, and that too at prices that won’t burn a hole in the pocket. The Pakistani fare at Ravi’s, a restaurant in Satwa, is legendary. Beirut Restaurant and Grill, a local chain with several locations serves excellent Persian cuisine, always fresh and easy on your food dollars. Calicut Paragon in Karama serves excellent, inexpensive South Indian cuisine. Friends living in Dubai swear by Student Biryani, where a meal for two costs an unbelievable $8.

In fact, many are of the firm belief that the real culinary experiences of Dubai are to be found in the alleys of old parts of the city by the creek, from where the trading began. This part of town may lack the bling but delivers the bang when it comes to food. The conviction of one such person led to the launch of Frying Pan Adventures, the city’s first food tour. Arva Ahmad leads curated, gastronomic walking tours through the Deira district, leading aficionados of good food, irrespective of where it is coming from, to unassuming joints, some that even lack signage. Be it Moroccan tagine, Jordanian mansaf, Iranian kebabs or Nepalese dumplings, they all have one thing in common: they are lip-smackingly delicious.

If you still don’t see which direction Dubai is headed in, the launch of Zagat or the ‘purple bible’ as it is often referred to should leave no doubt in your mind. Zagat is a consumer survey-based guide owned by Google and often said to be the final word in where to eat.

Tastes With a Twist

Naturally, a city that takes breaking records very seriously, a line-up of firsts was in order. Gordon Ramsay opened his first restaurant outside of the UK here with Verre. Even Italian designer Giorgio Armani, famous for his minimalist style could not resist the city’s charm and Dubai, often referred to as the city of bling, was where he opened the first Armani hotel outside Italy. The hotel is home to seven exceptional restaurants and cafes, bringing you cuisines from kitchens all over the world.

Again, for Dubai, the world’s highest restaurant would not be out of line. At.mosphere is perched on the 122nd floor of the world’s tallest building, the Burj Khalifa, and just making your way up to the restaurant is an experience unparalleled in the world — the food par excellence comes later. Executive Chef Dwayne Cheer has over 13 years of working in Michelin star restaurants under his belt and once you have recovered from staggering views of the city far, far below and the Arabian Gulf, savour exquisite offerings from all over the world.

Tired of dining in the city? Relive the Aladdin tales you heard as a child at Al Hadheerah, right in the heart of the Arabian Desert. Located at a traditional fort, Bab Al Shams Desert Resort and Spa, a one-hour drive from the city, you are transported to the Dubai I thought I was coming to — sand dunes, a canopy of stars and camels (finally!). Savour freshly baked Arabic bread in wood-fired ovens, meat freshly roasted on spit roasts and other Middle Eastern specialties cooked in one of the many live stations while watching dazzling performances by Arabian horses, camels and falcons. A belly dancer adds that perfect Arabian touch.

Those in pursuit of something a tad more glamorous can board the luxurious Bateaux Dubai, a glass-enclosed cruise vessel and sail down the Dubai creek for a four-course dinner cruise. Soak in the stunning views of Dubai to the music of a live band, while you enjoy the international gourmet cuisine prepared by chef Alan Van Heerden and his team of nine chefs.

Thinking of dining with the sharks? In Dubai, that too can be arranged. The magnificent Ossiano, late three Michelin-starred chef Santi Santamaria’s first venture outside Spain at The Atlantis is flanked by the Ambassador Lagoon that houses about 65,000 marine animals including sharks and manta rays. Ossiano, Latin for ocean, serves contemporary Catalan cuisine and is touted to be one of the best seafood restaurants in Dubai.

With great food, great chefs and great restaurants come great food festivals. And Tastes of Dubai is just that. Thrilling food enthusiasts for a sixth time, this much-awaited annual food festival held at the Dubai Media City Amphitheatre for a period of three days showcases some of the culinary best this foodie haven has to offer. Thirty of the city’s top restaurants, 150 dishes and 10 international celebrity chefs, with live music thrown in for good measure – for lovers of food it doesn’t get any better than this.

To say that I have a sweet tooth would be an understatement;I live for sugar. Naturally, when I got to Dubai, it was the sweet delicacies I was after. I was looking forward to sinking my teeth into some good quality baklava, one of the most popular Middle Eastern desserts. Being a local sweet, it was readily available everywhere and mostly very good, though the one that I tried at Reem al Bawadi stands out in my mind. I also experimented with another local dessert, Umm Ali. Similar to a bread pudding, only lighter, it comes filled with almonds, raisins, pistachios and coconut. Delicious!

But local deserts aside, I was like Alice in sugarland. Bakeries, cafes and dessert bars are everywhere, each serving something unique, something delicious, and something beautiful. Cashing in on the cupcake culture that has crept into Dubai in a big way, international bakeries like Magnolia and Bloomsbury’s have set up outlets in Dubai. UK’s leading American-style bakery, Hummingbird, has opened its first international outlet outside the UK in Dubai. The menu at The Cheesecake Factory, showcasing over 50 cheesecakes and specialty desserts had me swooning.

I felt like a little child in a French village at La Cure Gourmand, a beautiful boutique store from France, famous for their biscuits, fruit jam filled sweet, old-fashioned French lollipops, chocolates and toffees.

That lovers of all things chocolate shall attain nirvana in Dubai is a given. Patchi, Godiva, Jeff De Bruges, Alison Nelson’s Chocolate Bar, Forrey & Galland, Cacao Sampaka, Chocoa, Galler Chocolatiers, Dolce Antico and many more are all chock full with the sinful stuff.

Here you will find Al Nassam, the world’s first producer of camel milk chocolate, made with camel milk from Dubai. Bateel, synonymous with exquisite dates sourced from the region, has locations all over the city. Looking to indulge in Arabic sweets from all over the Middle East? Head over to Arabesq Sweets, a boutique store at the Dubai Mall specialising in delectable sweets from Syria, Lebanon, Jordan, Tunisia, Morocco and United Arab Emirates.

It is safe to conclude that Dubai’s culinary gems are sprinkled all over the city and one doesn’t have to look too hard to find them; they are everywhere. All you need is a hearty appetite and an appreciation for good food in this new age, undisputed food capital of the world. 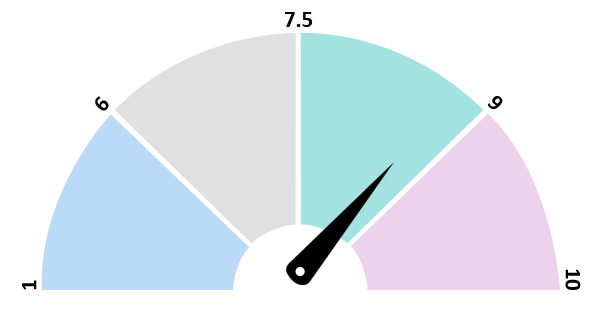 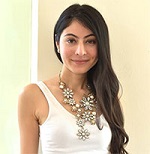